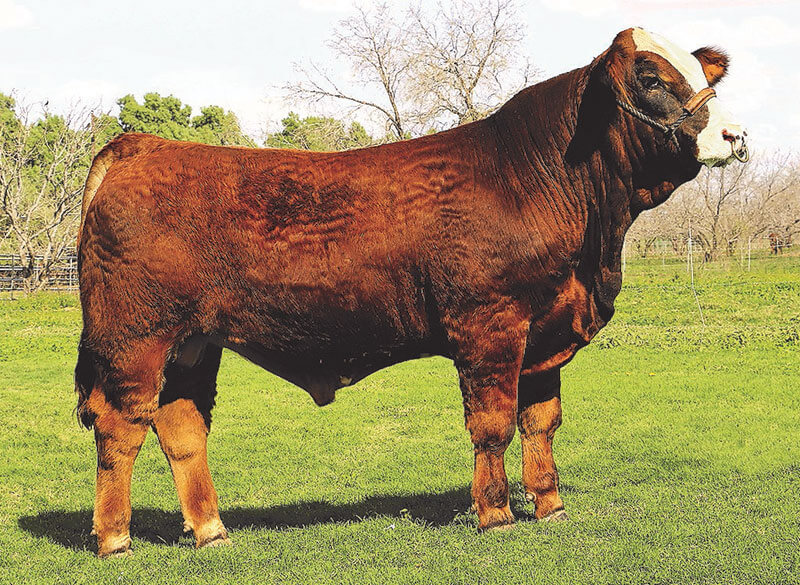 This eye appealing, red blazed face bull is a long bodied and well-built sire that has added consumer demand to our operation. His first calves have been colored a lot like him, with good substance of bone, breed character and have been desirable in their frame score. We were excited about the opportunity to partner up with our fellow South Texas Simbrah breeder and friend, Joe B. Rodriguez on this model Simbrah sire.

One of the most intriguing things about Adelante for us was his stellar pedigree balancing champions with high performance. On the bottom side, his dam is out of the Reserve National and International ChampionLMC VG Go Getter who secured both titles as a calf behind the Triple CrownWinner, LMC Johnnie Walker as a senior bull. Go Getter’s sire is the legendaryLMC EF JW Black. From a performance stand point you bring in PMS Second Coat,RAB Polled Redeye “Rob” and KSSR Foreplay, all heavily used and successful sires during their tenures. Finally, the production of LMC Titan’s Muneca 5H/144 who holds the ranch record for most Grade A embryos produced (70 plus)in one flush, which was also a record for long time embryologist Dr. Boyd Bien at that time.

On the top side, you have an International Champion as his sire in Hagans Ante Up. This NF Sargeant son won that title as a calf and is out of the many times champion donor Ms. 4G N50. Both Sargeant and 50are in the majority of Smith Genetics’ and Hagans’ most productive and successful pedigrees. Certainly worth noting is the presence of one of the few back-to-back International Champions, HR Power House I who is arguably one of the most widely used and successful Simbrah bulls of all time. Thus, Adelante’s stellar phenotype is backed by a highly successful genotype. 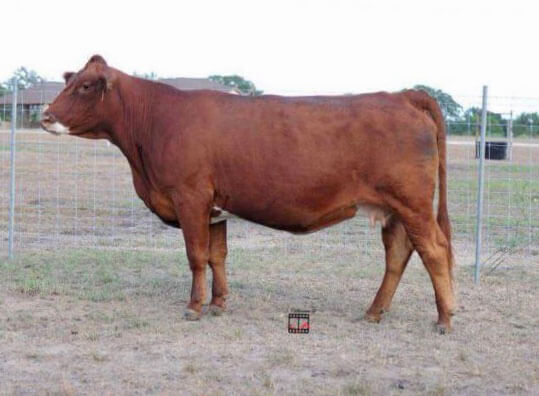 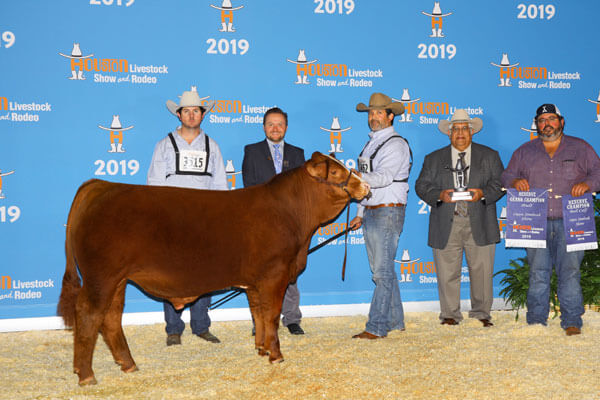 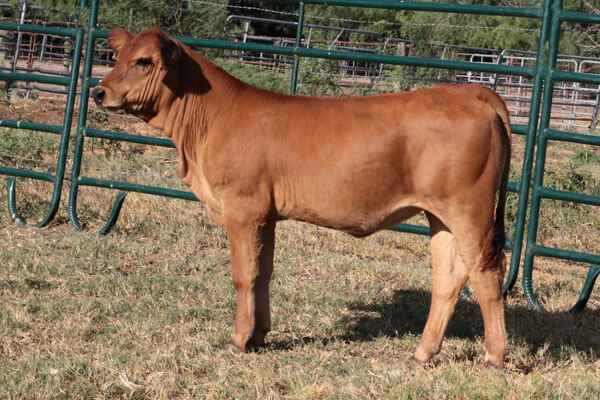