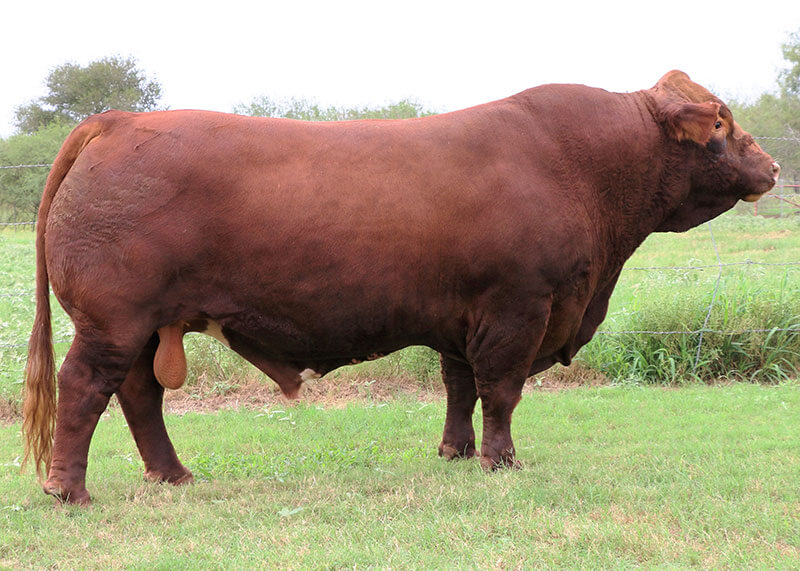 We initially sold Primo as a calf to our friendKevin Kent of Georgia who successfully bred Primo for a few years before offering him back to us. We were fired up to have the opportunity to bringPrimo back to South Texas as he did a fine job for the Kent’s and developed into a solid herd bull. We have trusted Primo as a calving ease sire that still has the ability to hit that home run for you. He is a long bodied, smooth made herd bull with a good amount of natural thickness in a sound moving package.

Primo’s dam BBS Jennie Walker is one of the most prolific donors in the Simbrah breed. Jennie won the coveted San Antonio Junior Simbrah Show and a $10,000 SALE Scholarship for Kayla Boening in 2009. Primo’s maternal grandsire is the legendary LMC EF JW Black bull who had a positive impact on our program by improving the look of our cattle and adding consumer demand. Jennie has produced several successful individuals, including LMC BBSJenna, LMC BBS Tia and LMC BBS Manziel. Primo’s paternal brother, LMC Chairmanwas a high indexing bull in the Rio Grande Valley Beef ImprovementAssociation’s Gain Test and another good red bull.

Primo’s sire LMC Black Perfecto is one of the most correct and eye appealing bulls that have ever produced at La Muneca. He is a3/4 Simmental x 1/4 Brahman bull sired by SAC Mr. MT who was a popularSimmental sire that was used heavily through artificial insemination. BlackPerfecto was out of LMC Titan’s Muneca “Sophie” 5H/367 that was a many times champion for Anne Baring and gorgeous donor for us, as well as La Negra CattleCompany in her later years. Primo’s excellent phenotype, is matched by a tremendous pedigree that features some of the most productive and eye appealing cattle in Simbrah. 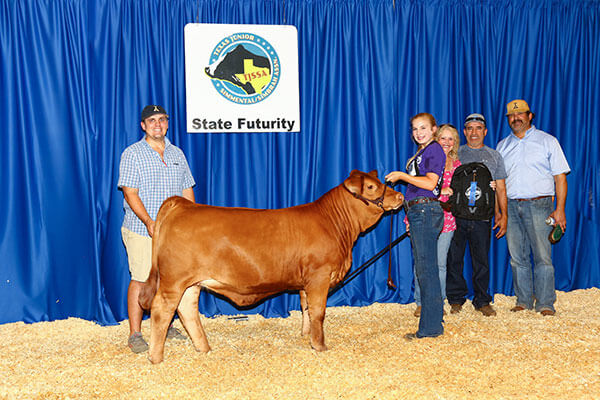 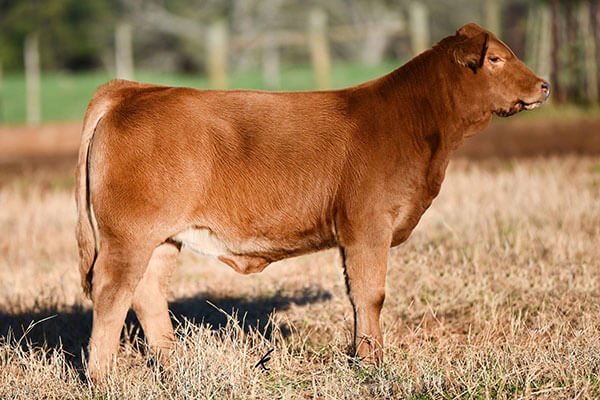 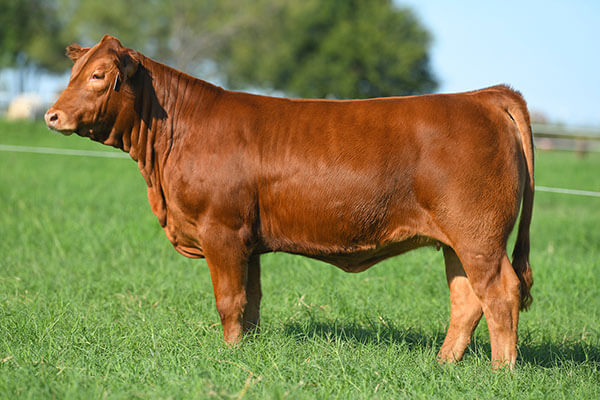 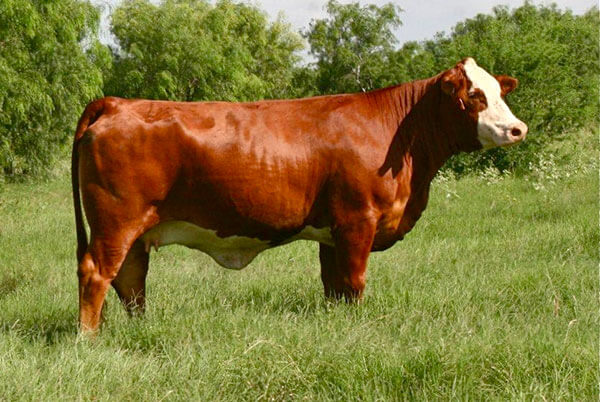