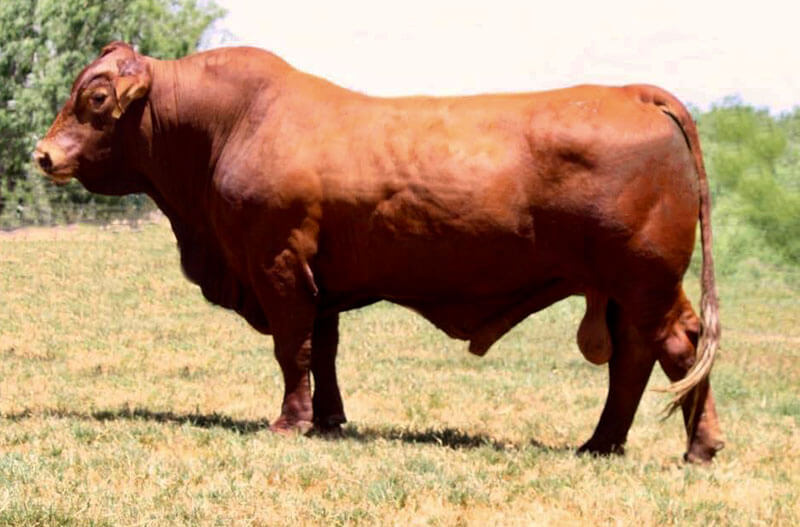 We jointly bred and purchased this sire from our partners at Boening Bros., Peach Creek Ranch and Victor Guerra in an LMCGenePLUS Online Sale. Chairman developed into a stud while on the Rio Grande Valley Beef Improvement Association GainTest in 2016-2017. Chairman is a good-looking bull, solid red in his color pattern and correct in his lines. He is a well-balanced bull, with plenty of natural thickness, bone and pedigree clout.
Chairman comes about his good looks honestly, as his sire LMC Black Perfecto is one of the best-looking herd bulls we have ever produced here at La Muneca. Chairman’s paternal grandmother was LMC Titan’s Muneca 5H/367 (“Sophie”) that Anne Baringled to several championships throughout her successful show career. Sophie was a successful donor for La Muneca and La Negra Cattle Company in her later years. Black Perfecto was sired by SAC Mr. MT, who was a popular Simmental sire used extensively in his time through artificial insemination.
On the bottom side, Chairman’s dam LMC BBS Jenna is one of the most impressive Simbrah females we have ever dealt with. Faith Onstot led this 6G/LMC Rajin Cajun daughter out of BBS Jennie Walker to several championships as well, plus a few division titles at the Texas majors. Jennie won the highly coveted San Antonio Junior Simbrah Show and has been a prolific donor for Boening Bros. and La Muneca. Rajin Cajun has raised his share of champions and top sellers himself. Thus, a dynamite pedigree backing this sound Chairman bull. 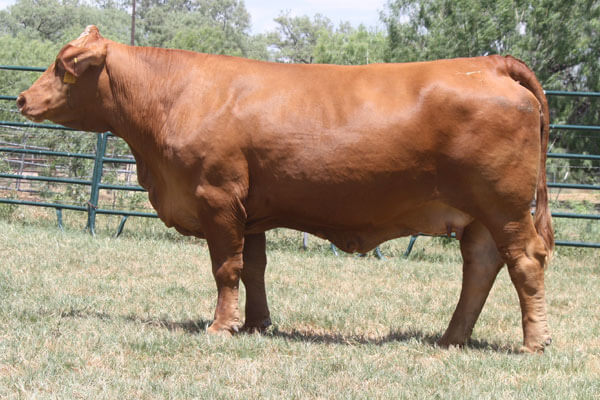