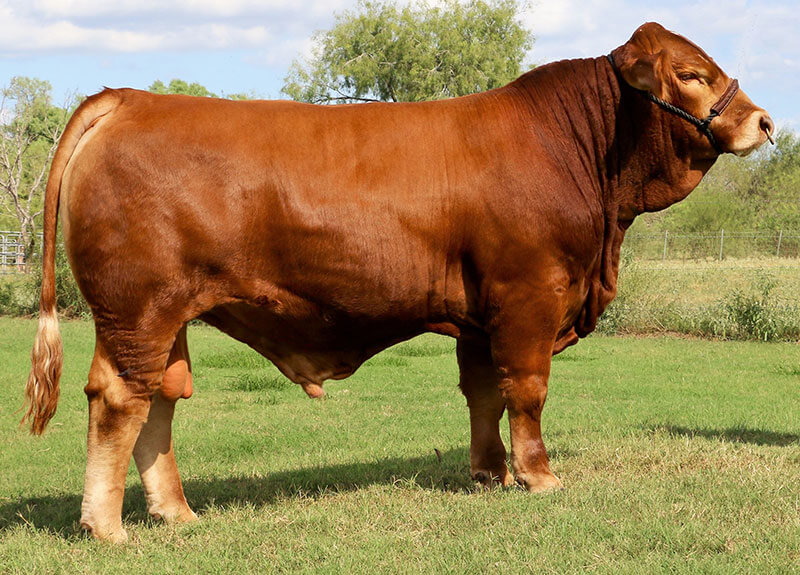 Red Duke first made a name for himself as a young calf at side of LMC MM Red Velvet who was the Grand Champion Simbrah Female forMia Barba at both the 2015 San Antonio and Houston Jr. Show, as well as being selected the Reserve Champion American Female in Houston as well. Dr. RedDuke turned several heads while at side of his dam on the show road and developed into a moderate meat wagon in a sound package. Dr. Red Duke also features structural integrity, soundness and the Triple Crown Winner, LMFull House on both sides of his pedigree.
Dr. Red Duke’s sire is the exciting 3/4 Simmental x¼ Brahman 6G/LMC Rajin Cajun bull who also sired the 2016 Grand Champion Simbrah Female at the coveted San Antonio Jr. Show for Caleb Fuchs. Cajunis a CNS Dream On grandson, who sired more than his share of champions, top sellers and the keeping kind of cattle. Cajun is out of a capacious and productive LM Full House daughter named 6G Evangeline that brings in some productive Buzzard Hollow Fleckvieh genetics on her maternal side.
The LMC MM Red Velvet cow was a many times champion sired by the 2011 International Champion Bull, LMC Rhino. Thus, the RedVelvet cow is a paternal sister to the 2013 National Champion Bull and popularLMC Gold Medal bull. If you study this end of the pedigree, you’ll find some of the most influential names in the breed like LM She Moves, two-timeInternational champion HR Power House I and the RAB Polled Redeye bull that produced several foundation females for a number of progressive Simbrah ranches. 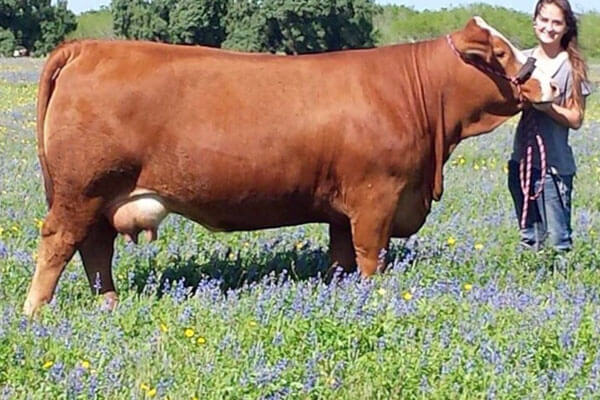 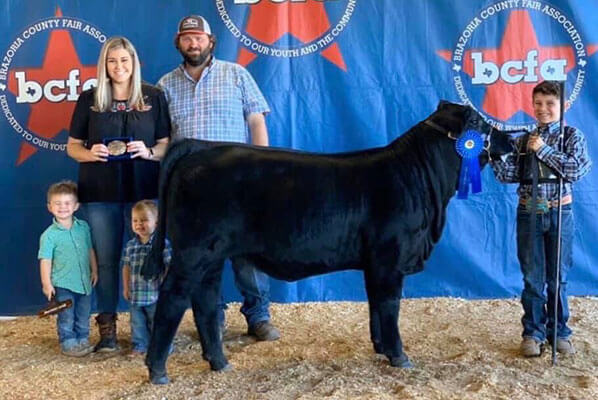 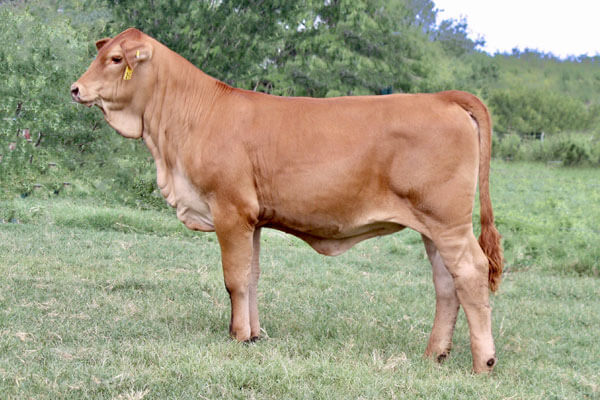