We stay fired up here at La Muneca thanks to cattle like Transformer.  The 2018 National Champion Simbrah Bull is loaded with pedigree clout, quality and structural integrity.  He features our GOLDEN CROSS of BBS Jennie Walker and LMC WFC Ms. Dream Girl that has been successful since we began crossing these two breed greats.  Transformer is sired by the championLMC BBS Manziel bull, who is a moderate meat wagon that stands on good substance of bone, is angular and smooth in his joints.  Manziel had 46 CM testicles and a 4.6% IMF score at 13 mos. of age. Manziel is sired by 6G/LMC Rajin Cajun and out of BBS Jennie Walker, making him a full brother to Caleb Fuchs’ Grand Champion Simbrah Female at the2015 AJSA National Summer Classic in Texas and $10,000 2016 San Antonio Junior Simbrah Show LMC BBS Chloe.  As well as, Robert Stavinoha’s Grand Champion Simbrah Female at the 2016 American Junior Simbrah Roundup and $15,000 MASShowdown LMC BBS Belle.
Transformer is out of LMC My Dream, a full sister to the likes of the 2013 National Champion LMC Gold Medal bull, the 2014 ReserveChampion Houston Jr. Simbrah Heifer LMC Daydream and Amelia Stavinoha’s 2016MAS Showdown Reserve Champion Heifer LMC Ms. Midnight Dream.  My Dream did a solid job as a first calf heifer raising Transformer who we bred with our friend McKenna Tschirhart.  My Dream is sired by the 2011 InternationalChampion Bull LMC Rhino and out of the famous LMC WFC Ms. Dream Girl donor who was a back-to-back National Champion and International Champion herself.  DreamGirl also won the $10,000 San Antonio Livestock Show Scholarship for Jordan Grahmann in 2010 and was Reserve Champion the year before behind BBS JennieWalker who also won a $10,000 Scholarship for Kayla Boening.
As you can see Transformer comes about his desirable conformation honestly.  He has an impressive skeleton that enables him to move with ease and stay strong in his top while doing so.  This bull has a striking profile, is well balanced and offers plenty of breed character.  He is wide based, bold in his rib shape and desirable in his frame score. Transformer is one of the most unique sires that we have produced and should work on several types of females.

BLCO LMC Fresca is a 2021 champion Transformer daughter bred by Brolaco Cattle Company. Congratulations to Lorelai Hill on all her success with Fresca. 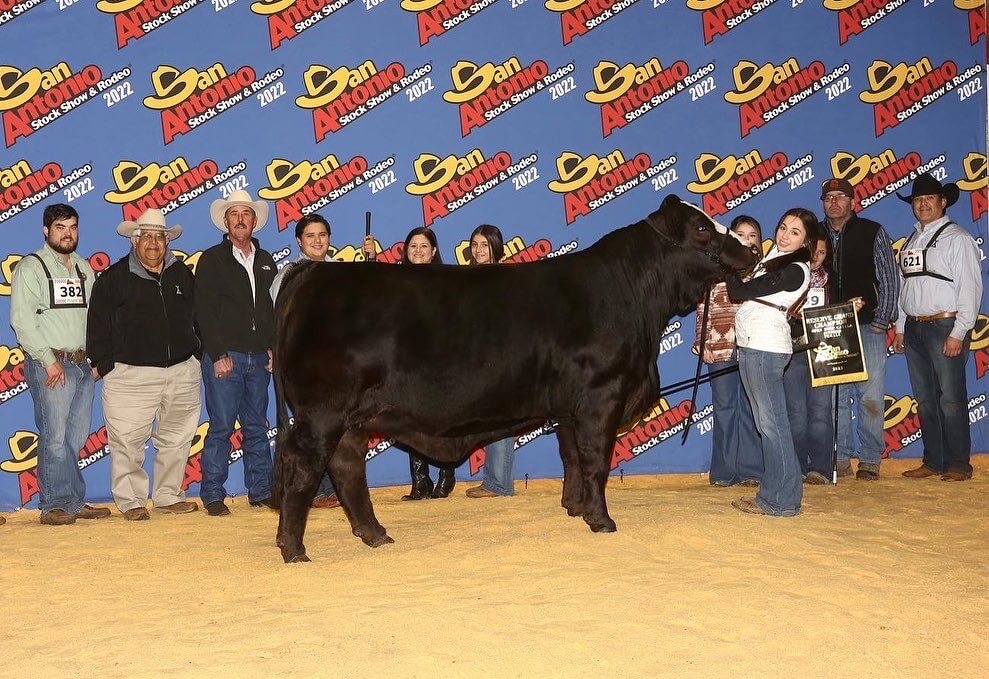 LMC Sheez Electric 5H/7 is a Transformer daughter out of LMC Electra that won several championships for Gabriela Ramirez including Reserve National Champion Female in 2022. 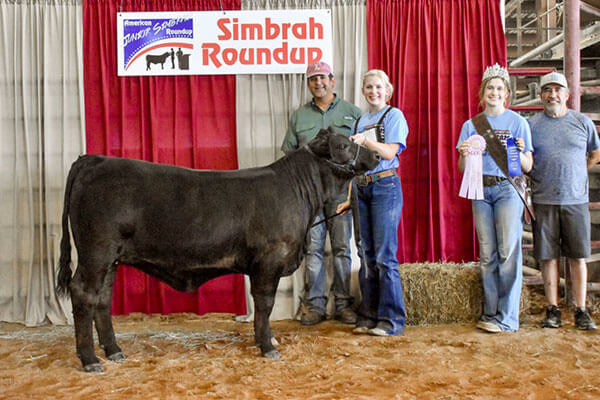 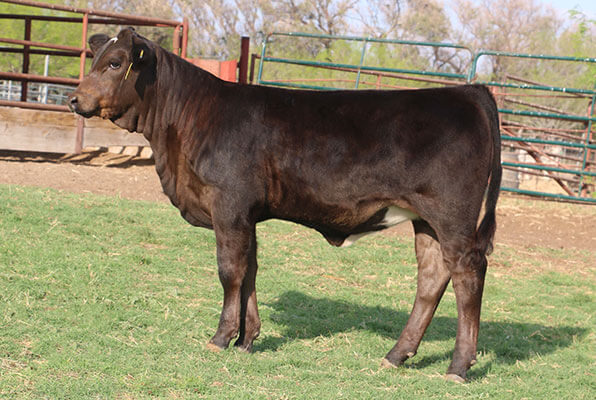