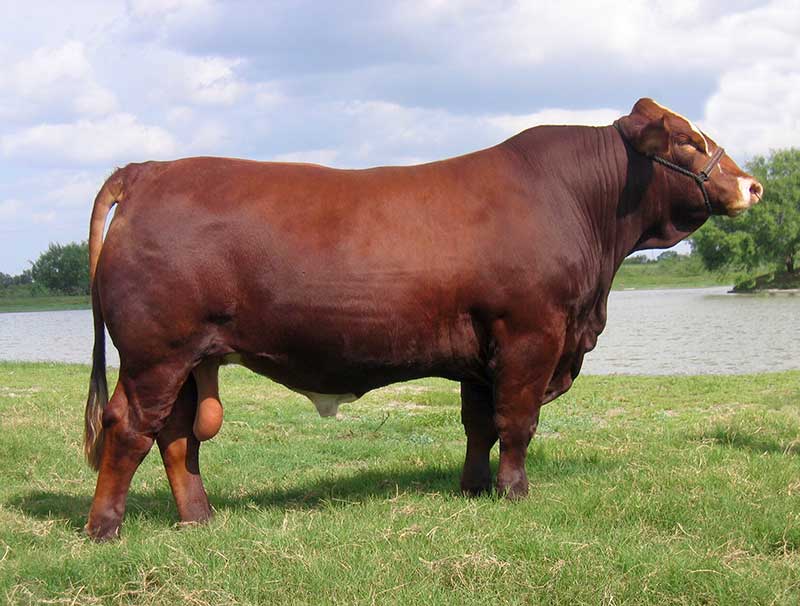 Red Bullet’s stellar genotype is equally matched with a phenotype that is among some of the very best ever produced in Simbrah. This dark red herd sire was born on January 20, 2004 and is polled/scurred. Red Bullet is very clean fronted with an explosive amount of rib. One of our cleanest sheathed bulls is complimented with a good set of testicles. His strong top, big butt and good bone make him an easy choice in selecting an A.I. sire. Red Bullet is an ABSOLUTE MEAT WAGON to say the least.